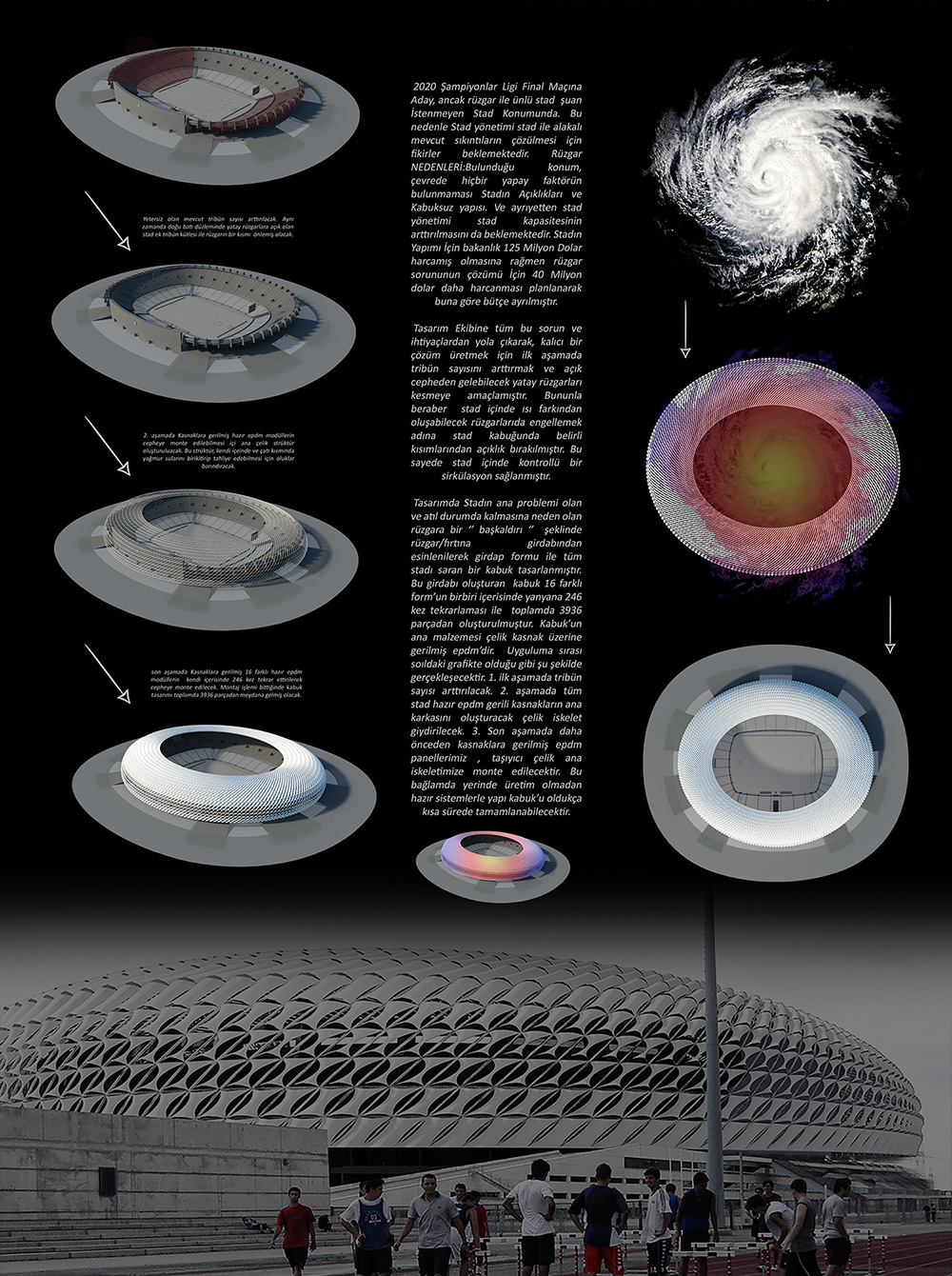 2020 Champions League Final Match Candidate, but with the wind in the famous stadium Shan Shan in the Unwanted Stadium. For this reason, the Stad management expects ideas for resolving existing problems related to the stadium. WIND REASONS: Location, no artificial factors in the surrounding Stadium openings and bark-free structure. And besides, the stad management expects to increase the stad capacity. Although the ministry spent $ 125 million for the construction of the stadium, it was planned to spend another $ 40 million for the solution of the wind problem and the budget was allocated accordingly. The Design Team aims to increase the number of tribunes in the first stage and to cut horizontal winds that can come from the open front, starting from all these problems and needs. However, in order to prevent the winds which may be formed by heat in the stadium, certain parts of the stad shell were left open. In this way a controlled circulation is provided within the stadium. The design is inspired by the wind / storm infiltration in the form of a “rebellion” that causes the stadium to remain in idle condition, which is the main problem of the stadium. The shell forming this entry was formed from 3936 pieces in total with 16 different forms repeated 246 times within each other. The main material of the shell is EPDM stretched on a steel pulley. The sequence of application will be as follows in the graph. 1. In the first stage the number of tribunes will be increased. In stage 2, the steel frame will be installed to form the main carcass of all stadium ready-made tension pulleys. 3. At the last stage, we will mount the bearing steel to the main scaffolding, which we have previously stretched to the pulleys. In this context, with the ready systems without on-site production, the building shell can be completed in a very short time.