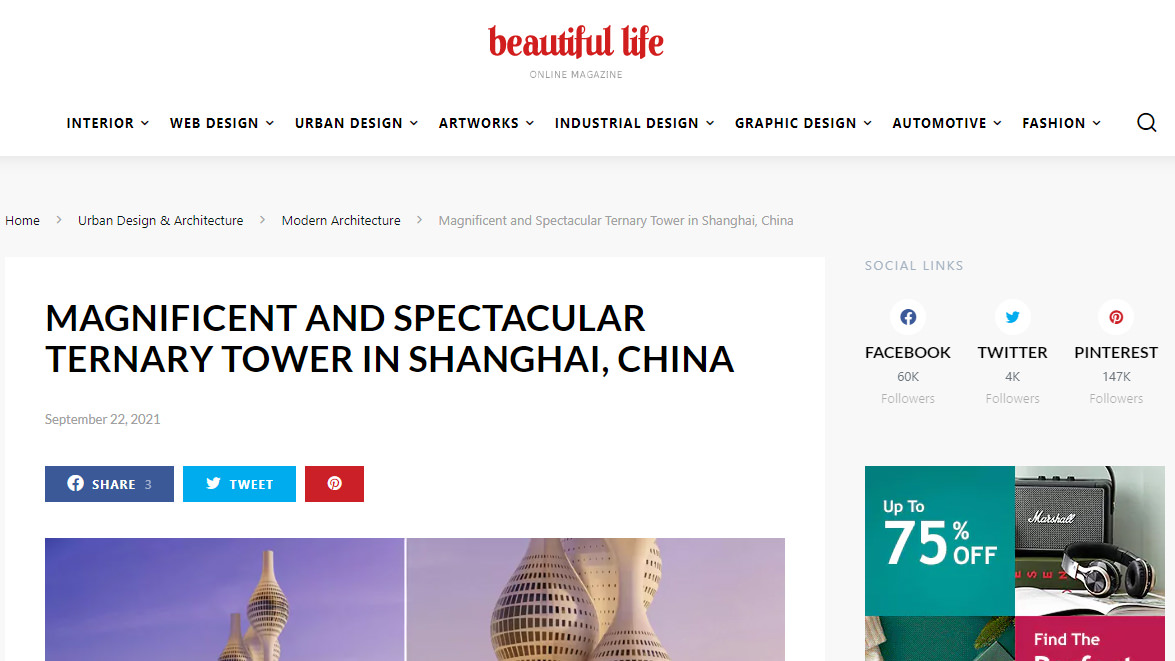 Let us show you amazing project called “Ternary Towers” by Hayri Atak Architectural Design Studio. The project, which consists of 3 separate blocks, has a height of 400 meters. When the three separate pieces come together, they remind each other of the pieces that complement each other and reveal a smooth transitional image in the city silhouette

“The surface openings of the structure, which emerged with a rhythmic spread, also support this idea. Aiming to offer a different experience to the user, the project is aimed to have a very striking silhouette at the city scale. When we examine it technically, it has a reinforced concrete core and steel consoles. It is important that 3 separate towers are assembled at the same time during its production.” Also be sure to check 15 most beautiful towers in the world.