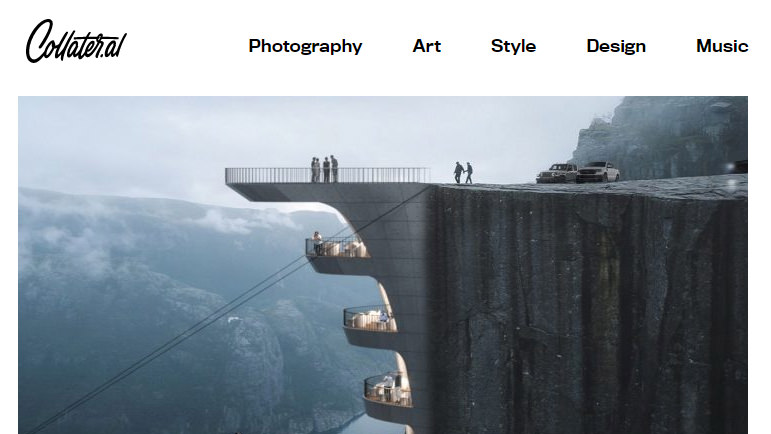 It seems that building pools that go against the force of gravity, suspended in the void or looking down on entire cities, such as Infinity London, is the latest trend in the world of architecture.

The latest project of this kind, which has been attracting a lot of attention for some days now, is that of Turkish architect Hayri Atak, who dreamt of a boutique hotel with a swimming pool literally suspended in the void built on the side of Pulpit Rock.

The Pulpit Rock, or Preikestolen, is a granite cliff just over 600 meters high that ends overhanging the Lysefjord, a Norwegian fjord not far from the village of Forsand.

This breathtaking scenery, but above all the rush of adrenaline that occurs when there is closer and closer to the end of the rock and you can see the ground at a distance of meters and meters have inspired the architect.
The structure of the hotel would develop vertically following the part of the rock, with the more you go down the smaller the floors become. But it is the lower level that gives that terrifying touch to the project, formed by a wharf that develops horizontally in the void and ends with a swimming pool with walls and a transparent floor, literally suspended in the void.

Would you have the courage to take a swim in it?