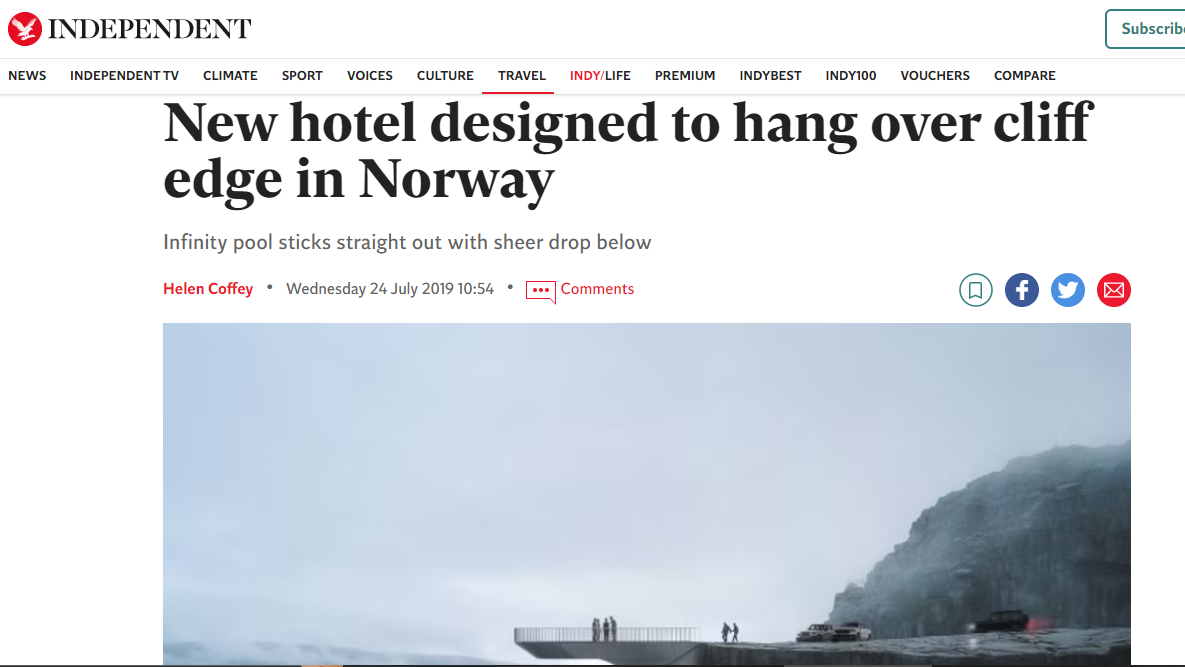 Infinity pool sticks straight out with sheer drop below

A new hotel concept, designed to be constructed on a cliff face in Norway, has been revealed – with jaw-dropping results.

Pictures of the design show the “Cliff Concept Boutique Hotel” built into the rock face of the 1,981ft Preikestolen cliff, a tourist attraction in Western Norway.

A series of balconies hang over the precipice to offer head-spinning views, while on the top level of the hotel, a large viewing platform is designed to give an excellent vantage over the Scandes mountains and Lysefjorden fjord.

The concept was rendered by Hayri Atak Architectural Design Studio, based in Istanbul and founded in 2017. Like plenty of other boundary-pushing architectural designs, there’s no indication of whether the Cliff Concept Boutique will ever be built.

One of the most impressive features is the outdoor pool, which extends from a sundeck and sticks straight out from the cliff face over the water.

Long and narrow, the all-glass pool design also renders it transparent, so that swimmers can see the sheer drop and the fjord below.

It’s not the first innovative pool design to come out this year.

Plans are afoot for a rooftop infinity pool with 360-degree views of the London skyline, the first of its kind in the world.

The designs, which depict a clear-sided pool open to the elements atop a 220m skyscraper, were unveiled by Compass Pools in June.

The company has designed the building underneath too, which will feature a luxury hotel on the upper floors offering pool access for guests.