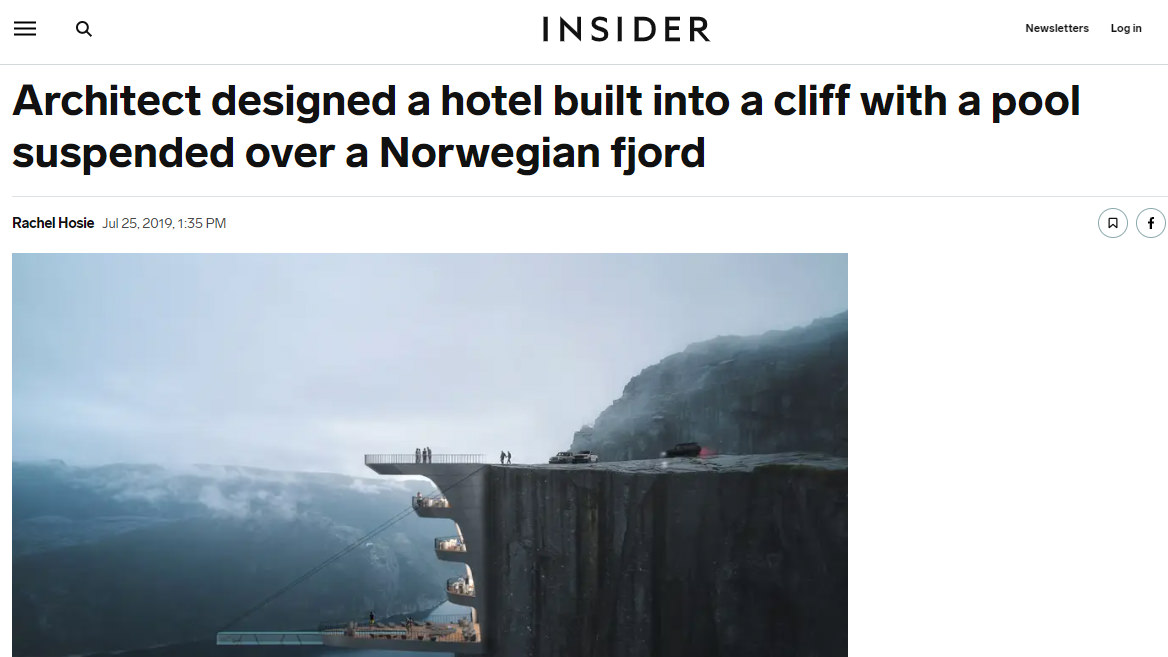 An incredible hotel built into a Norwegian cliff has been proposed by a Turkish architectural company.

It would feature a gravity-defying swimming pool suspended over a striking fjord.

The nine-room boutique hotel was designed to be built into Preikestolen, or Pulpit Rock, which is popular with tourists.

The architect, Hayri Atak, told INSIDER he “experienced the adrenaline of being on the edge” of the cliff just by looking at a photo of it.