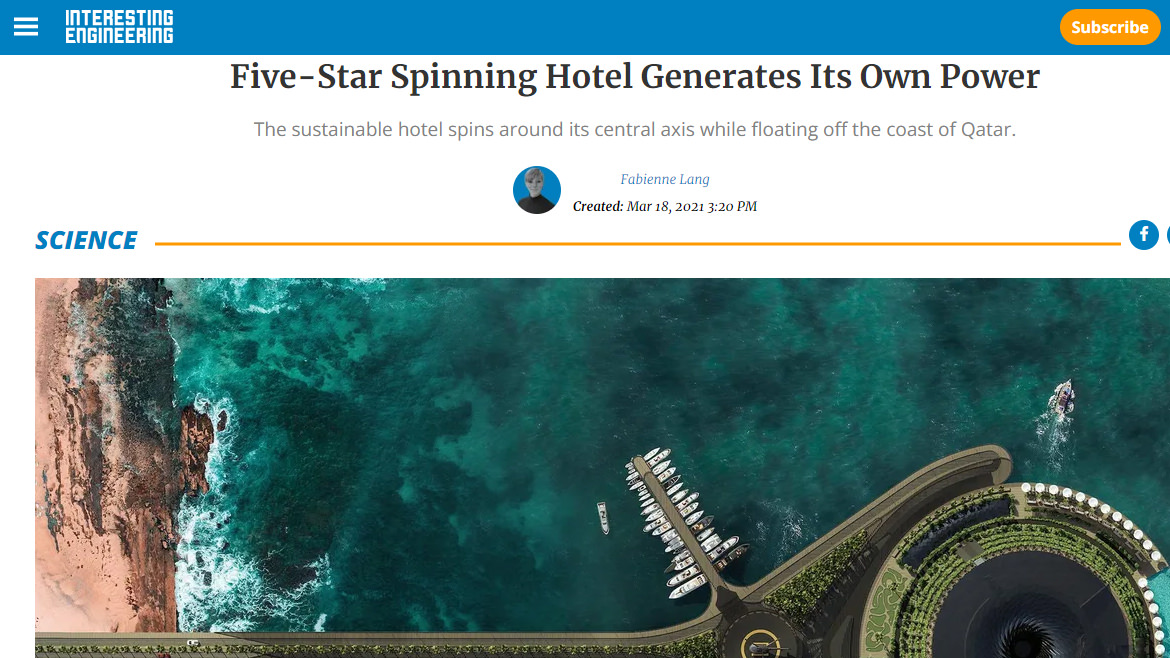 Not only is the design pleasing to the eye, but it’s also set to minimize energy loss and use a zero-waste principle, using its slowly spinning system to generate electricity.

HAADS envisions its first 152 room hotel off the coast of Qatar, and thanks to its characteristic mobile feature it could be recreated offshore of many idyllic locations.

Both the operational and the architectural form of the Eco-Floating Hotel were inspired by the sea, upon which the hotel floats. The circular-shaped hotel slowly revolves over a 24 hour period in a complete circle using the continuous current, as well as being controlled by a dynamic positioning system to do so safely.

The 35,000 sq. meter (376,000 sq. foot) hotel is linked to the shore thanks to a pier, and guests can also access it via boat or helicopter, landing onto the helipad, or docking alongside the hotel.

All the regular luxury amenities you’d expect to find in a five-star hotel are included, such as a spa, a gym, indoor and outdoor swimming pools, private balconies, a sauna, and a mini golf course.

The ambitious project isn’t only geared towards luxury, it’s also a great show of innovation and sustainability. The vortex shape of the roof in the central section of the circular hotel would be used to collect rainwater. This would then be repurposed to irrigate the plants in the hotel and more.

The hotel’s solar panels and wind turbines would also help provide the space with renewable energy. Below water, the current would be harnessed with a tidal energy system as the hotel rotates so as to also produce power.

All of the hotel’s platforms are floating platforms, which further enable the design to be moved to different areas.

No exact date as to when we could expect to see the Eco-Floating Hotel bobbing near the coast of Qatar has been set, but the HAADS team told DesignBoom it’s aiming for a 2025 opening. Time will tell if the project will see the light of day.