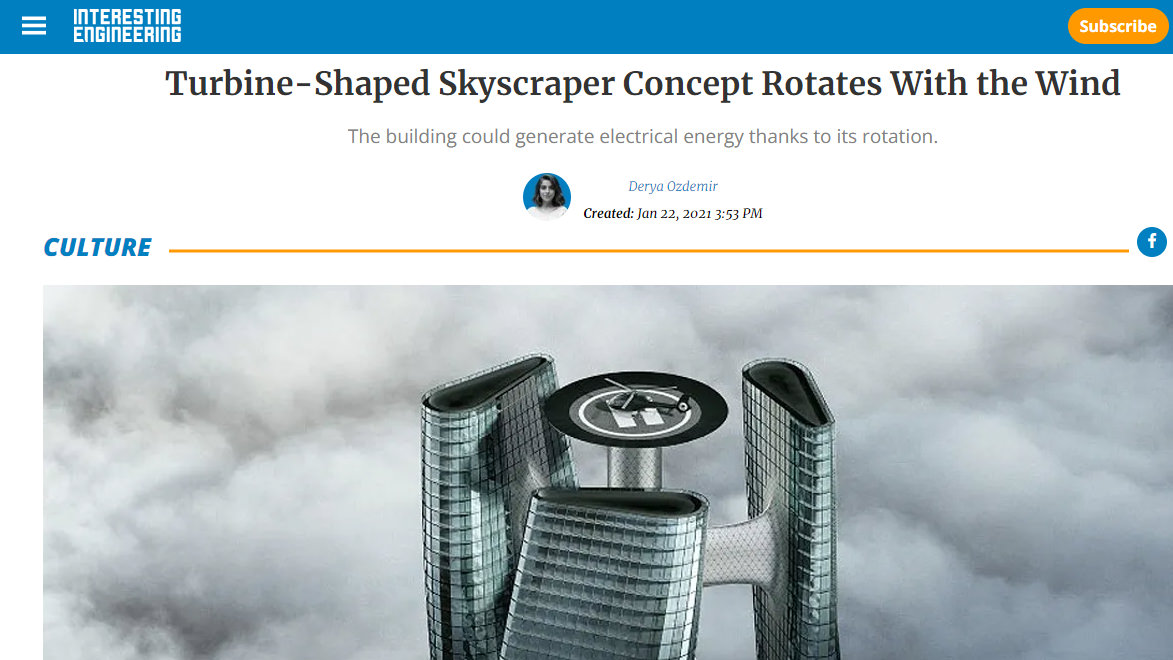 The building could generate electrical energy thanks to its rotation.

As engineering reaches unimaginable heights of knowledge and expertise, the depictions of the future that seem out of sci-fi movies seem to be more feasible than ever.

In such a project, the Dubai skyline could get a futuristic taste of its own thanks to Turkish architect Hayri Atak’s skyscraper concept which is designed to physically rotate as the wind blows, per a press release provided by the architect.

The ‘Squall Tower’ was recently unveiled on the architect’s website and social media, providing an extensive look into the building.

The ‘Squall Tower’, which was designed by Hayri Atak, Kaan Kılıçdağ, Büşra Köksal, and Kübra Türk, is a concept project that combines three different parameters in the most appropriate way. The architect was inspired by vertical wind turbines, and in contrast to skyscrapers resisting the wind’s strength, the tower moves in uniform with its environment.

The tower comes with three ribbon-shaped segments that are designed to spin slowly, at a fixed speed. The segments will twist around a central axis, with numerous branches connecting everything together. Rotation with minimal drag will be possible thanks to the streamlined design of each ribbon’s cross-section, Yanko Design reports.

A single rotation will be completed once every 48 hours, with or without wind. As many rotating restaurants do, the tower will be enabling its occupants to have a complete view of Dubai.

In a private message to IE, Atak stated that the tower will be able to act independent of the wind direction and generate electrical energy thanks to its rotation.