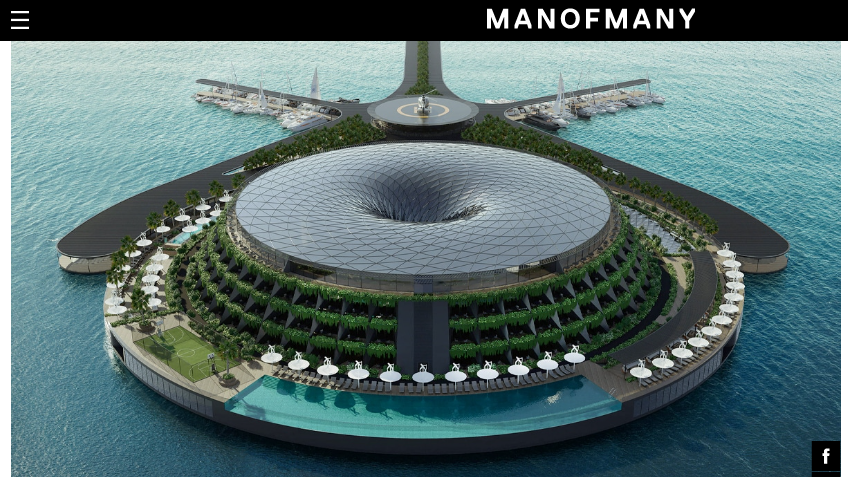 It seems like an idea straight out of fantasy, but if you can find the HAADS Floating Hotel you’ll be in for a stay that is almost magical. Designed by Hayri Atak Architectural Design Studio (HAADS), the Floating Hotel is exactly what the name suggests—it’s a hotel that can float from location to location, never having to tie itself down to a permanent place. What’s more, the Floating Hotel will be able to generate its own electricity.

Based out of Qatar, the floating hotel project was started in March of 2020, with the goal of having the transient resort up and running in 2025. The edifice will consist of around 35,000 square metres and will feature 152 rooms. The hotel will have three different entrances and, even though it will be floating on water, it will have access to land at any time of the day via the 140-degree pier that surrounds it. Amenities include both indoor and outdoor swimming pools as well as a sauna, spa, gym, and even a mini golf course among other activity areas.

How the hotel will generate its own electricity is a novel approach. The hotel is designed to have minimum energy loss and zero waste. The hotel will always be in areas with continuous currents, which are used to keep the hotel rotating. This rotation is used to create electricity. The approach to green energy production is called “vawtau”—Vertical Axis Wind Turbine and Umbrella. The basic principle behind it is the same principle used in wind turbines. The turbine also serves as a sun umbrella on the coastal band. The designers say that this approach will allow the hotel to produce enough electrical energy for all of its needs. And no worries about getting dizzy or suffering motion sickness as it take 24 hours for the hotel to spin 360 degrees.

Given that the hotel needs no permanent address, it could float just about anywhere, but if you can catch up to it, you’ll have a luxurious, eco-friendly experience unlike any other.