Scale – The Eco-Floating Hotel In Qatar 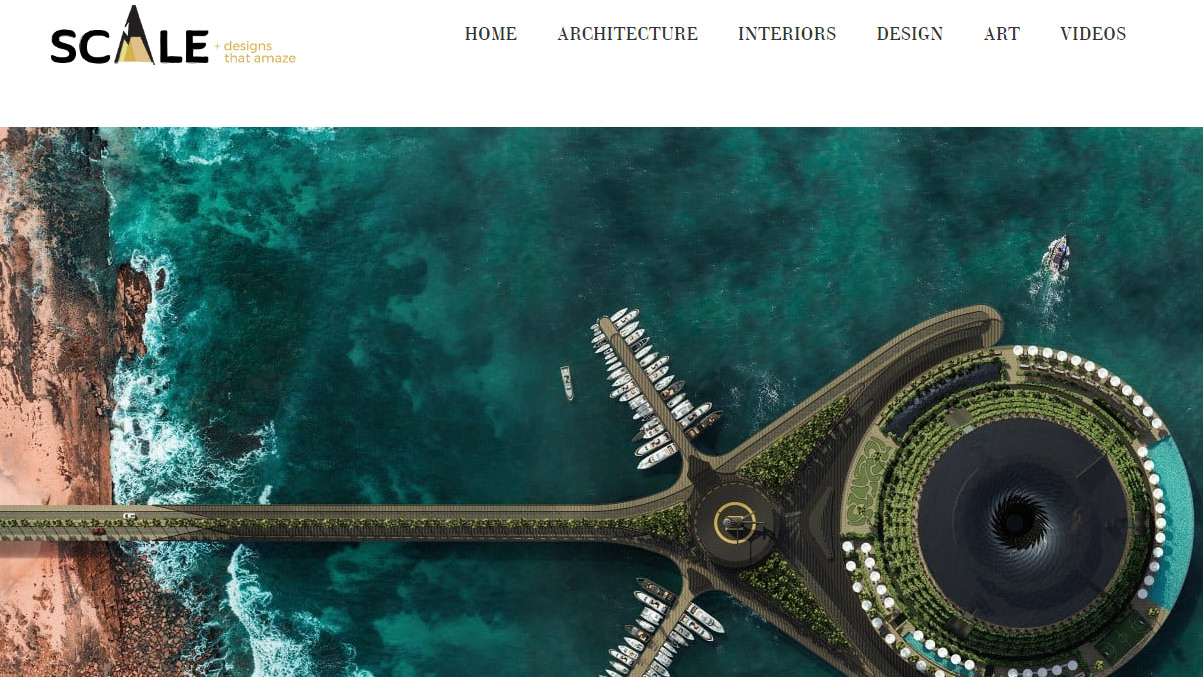 Hayri Atak Architectural Design Studio (HAADS) is known for its larger-than-life concepts and designs, one of which is the Sarcostyle Tower in New York with its sinuous bold design, The firm has now released designs of its next stunner, an eco-floating-hotel, envisioned off the coast of Qatar but which can be replicated anywhere as the design has been made with a characteristic moving or rotating feature.

The eco-floating hotel is a 152 room 5 – Star Hotel of 35,000 sq metres designed to minimise energy loss and with a zero-waste principle, with a scheme that includes a rotating system which moves the building around to generate electricity. Each of the 152 rooms can boost experiences that are unique because of the views and the rotating capacity of the hotel.

Visitors can come to the hotel by car, by boat, or by helicopter and drone to a helipad located on the floating pier. The hotel has a massive 700 sq metre lobby. The programme also includes indoor and outdoor swimming pools, a sauna, spa, gym, and a mini-golf course. In short, it has everything that tourists need, all in one stunning design, in Qatar.

“The Eco-Floating Hotel is a project whose first leg is planned to take place in Qatar but it also has the potential to be located in different areas thanks to its characteristic mobile feature,” according to the architects. “At HAADS, our team has studied the project with various opinions and technical knowledge from many different disciplines and visions. In this sense, consultants from different fields such as ship construction engineers, ship architects played a big role in the project process.”

Both the architectural form and operation of the eco-floating hotel are inspired by the sea and in particular, a vortex, say the architects of HAADS.

The access pier remains static but HAADS envisions the circular-shaped hotel to slowly revolve, completing a full circle in 24 hours with a continuous current. The hotel features three different entrances that provide access from the shore at any time of the day thanks to the 140-degree pier that surrounds it.

The rotating system put to use makes use of the dynamic positioning (DP), which is a computer-controlled system to automatically maintain a ship’s position. with their goal of designing a project with ‘ecological balance’. The design team at HAADS integrates a system of green energy production called VAWTAU, vertical axis wind turbine, and umbrella. On the vertical plane, this works as a wind turbine, while on the horizontal plane it serves as a sun umbrella. HAADS says that this system can obtain 25 kW of energy from each of the 55 VAWTAU modules.

The system not only generates energy, but it also incorporates rainwater harvesting. The vortex-inspired roof collects rainwater that can be treated and used as greywater or to water the green areas of the hotel. Clean water will be obtained by purifying seawater and wastewater will be treated so as not to harm the environment. HAADS also plans to develop waste separation units in order to turn food waste into fertilizer for the landscaping.

This project, which started work in March 2020 adopts the motto of minimum energy loss and zero waste as a principle according to the design approach it has put forward. Due to its characteristic moving feature, it generates electrical energy by rotating around its position according to the water Current and provides users with different perspective experiences.