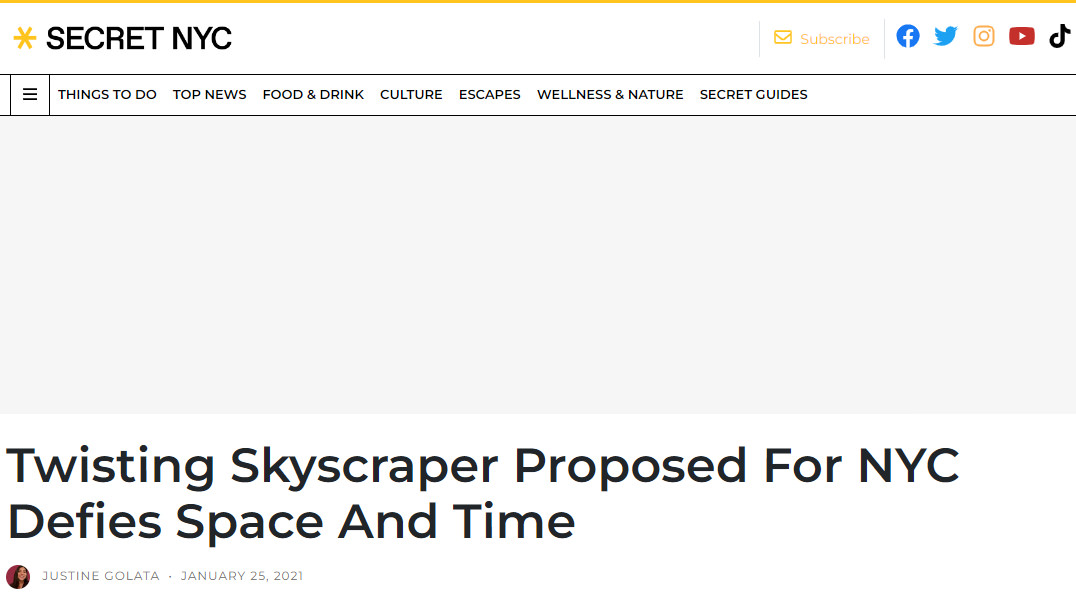 This might be the craziest skyscraper proposal Manhattan has ever seen!

Turkish architecture firm, Hayri Atak Architectural Design Studio, has proposed a Sarcostyle—defined by Webster as “a muscle fibril”—tower to be built for Manhattan’s skyline. The proposal is 688 feet tall and resembles a sloping, “amorphous” pattern.

Interior architect Hayri Atak works on “parametric design, prototyping techniques, product and facade size molding and mass production techniques, and robotics in architecture,” according to the Hayriatak Architectural Design Studio website. His work is easily recognizable by its futuristic and complex designs.

Hayriatak Architectural Design Studio is the same company that proposed the Norwegian cliff-edge hotel back in 2019. That project consisted of a glass-bottom swimming pool extending over the Lysefjorden.

The New York City skyscraper’s design conceptually comes from cell and anatomy, thus influencing the Sarcostyle title. Amazing Architecture described the tower’s proposal, making note that the “impressive effect is that it creates an image in the mind that is tangent to all of the other neighboring structures but does not exactly resemble any of them.”

Though the renderings show the structure’s concrete design, the open spaces are described by Atak to give the skyscraper a “transparent, ghostly stance in the city skyline.” Though the cost of the project has yet to be disclosed, the proposal would definitely be an enormous project for the city.

No official action has been taken for the proposal’s construction, but the renderings are truly jaw-dropping!