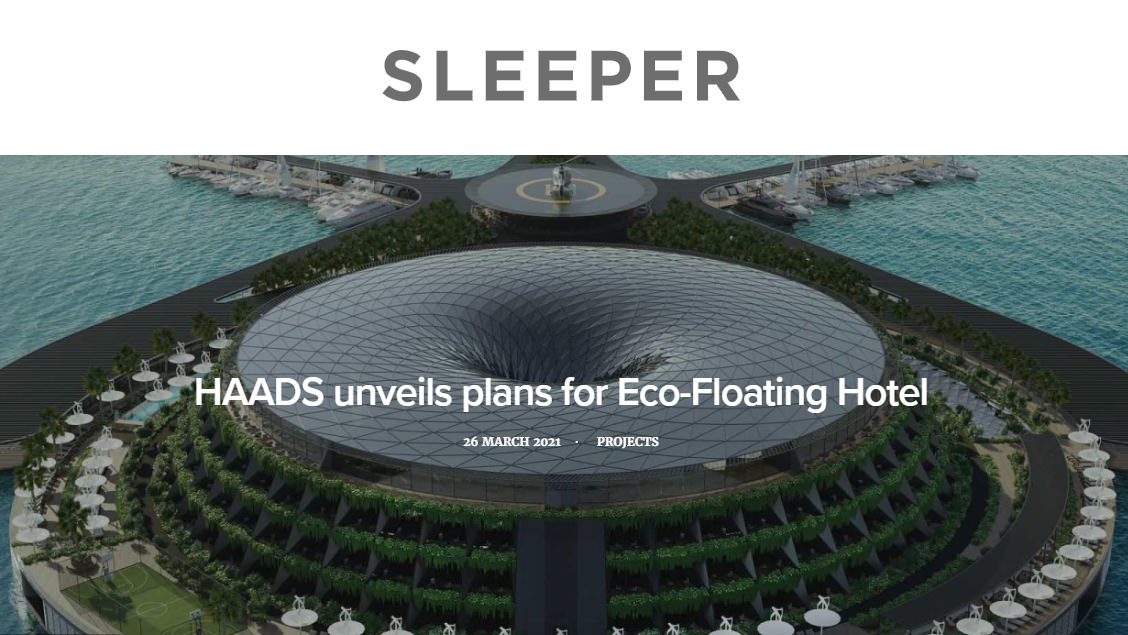 Inspired by the sea in terms of both form and design principle, the five-star hotel is based in Qatar yet has no fixed location due to its characteristic mobile feature, a vertical axis wind turbine and umbrella (VAWTAU). By rotating very slowly, each of the VAWTAU’s 55 modules will generate as much as 25kW of its own electricity from solar, wind and tidal energy.

As well as generating green energy, the floating structure will also feature a vortex-inspired glass roof designed to collect rainwater that can be used either as greywater or to water the green areas throughout the hotel. Meanwhile, clean water will be obtained by purifying seawater and wastewater will be treated so as not to harm the environment. The Turkish design studio also plans to develop waste separation units in order to turn food waste into fertiliser for the landscaping.

The glass roof will offer both guest rooms and the roof bar uninterrupted sky views before swirling into the epicentre of the hotel where the glass whirlpool will act as the centre piece of the 700m2 lobby. In addition to outward facing guest rooms with a balcony in order to capitalise on the ever-changing sea views as it rotates, the project will also feature multiple F&B venues, an infinity pool, beach club, spa and sauna, gym, mini golf course and meeting spaces.

Access to the floating hotel will take three different forms: a 140-degree floating pier; a boating dock that will provide access from the sea to the hotel; and a helipad located on the floating pier that will allow access by way of helicopter or drone.