Time Out – Plans for floating hotel in Qatar unveiled 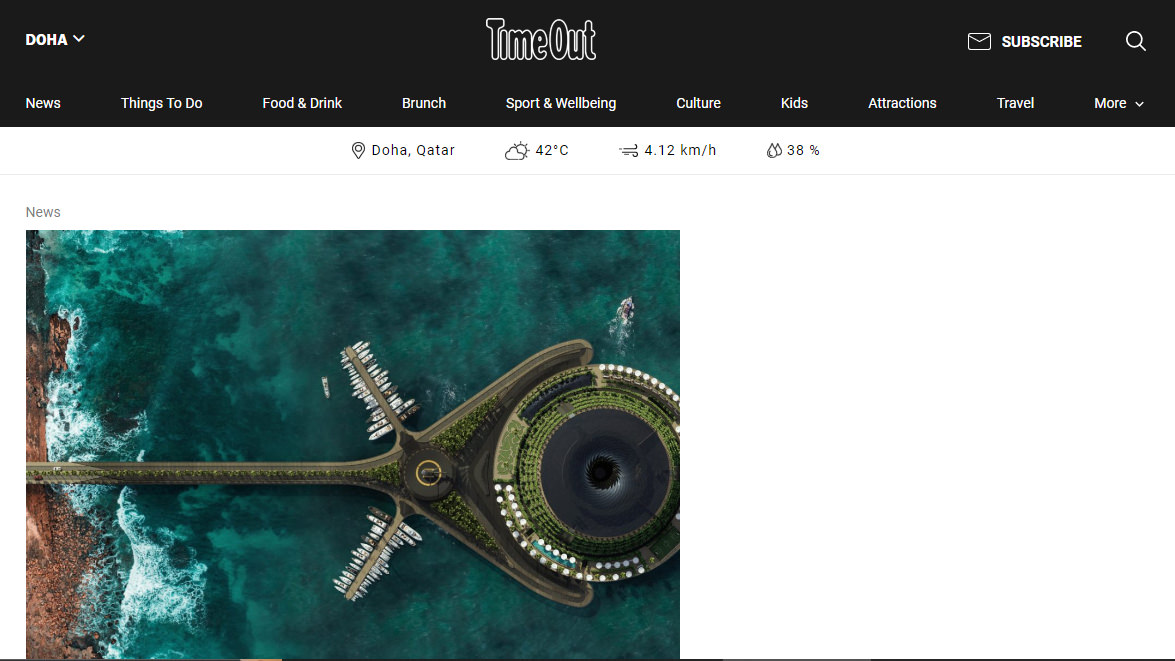 The project would generate electricity by rotating

With the World Cup kicking off next year, there are plenty of amazing hotels on the way in Doha.

And now a Turkish architectural firm has unveiled plans to build a floating hotel that spins to create its own electricity, in Qatar by 2025.

Hayri Atak Architectural Design Studio has designed the five-star hotel to generate electricity by rotating with the water flow around it, and the 35,000 sq m building will take 24 hours to turn completely.

The hotel will also have 55 VAWTAUs (vertical axis wind turbine and umbrella), each of which will general 25 kW of electric energy.

And if that wasn’t enough eco-friendly goodness for you, it will use water from the sea, and any waste water generated which will be purified before being released again.

Plans for the hotel include indoor and outdoor swimming pools, a sauna and spa, a gym, and even a mini golf course.

There will be 152 rooms, each of which will have its own balcony, and you can enter the hotel one of three ways.

There will be a floating pier that doesn’t move, or you can access the hotel via boat or helicopter using the helipad.

Writing about the plans on Instagram, HAADS said, “This project, which started in March 2020 and lasted 6 months, adopts the motto of minimum energy loss and zero waste as a principle according to the design approach it has put forward.

“Due to its characteristic moving feature it generates electrical energy by rotating around its position according to the water flow and provides users with different perspective experiences.”

The firm hasn’t said where the hotel will be located, but we’re already looking forward to checking out this totally unique property.