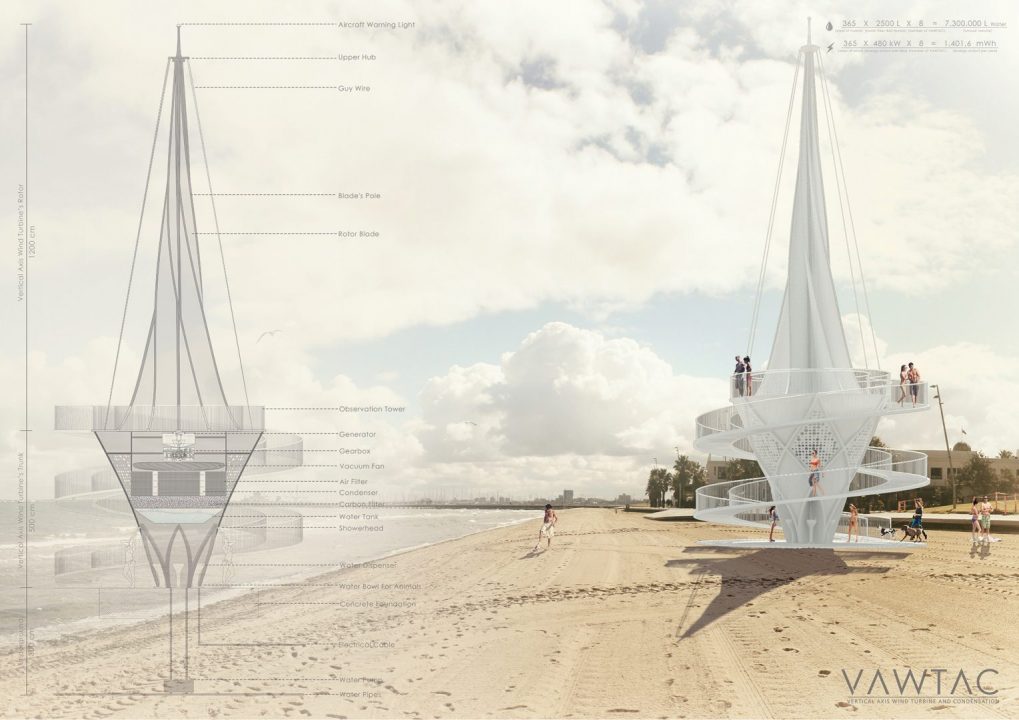 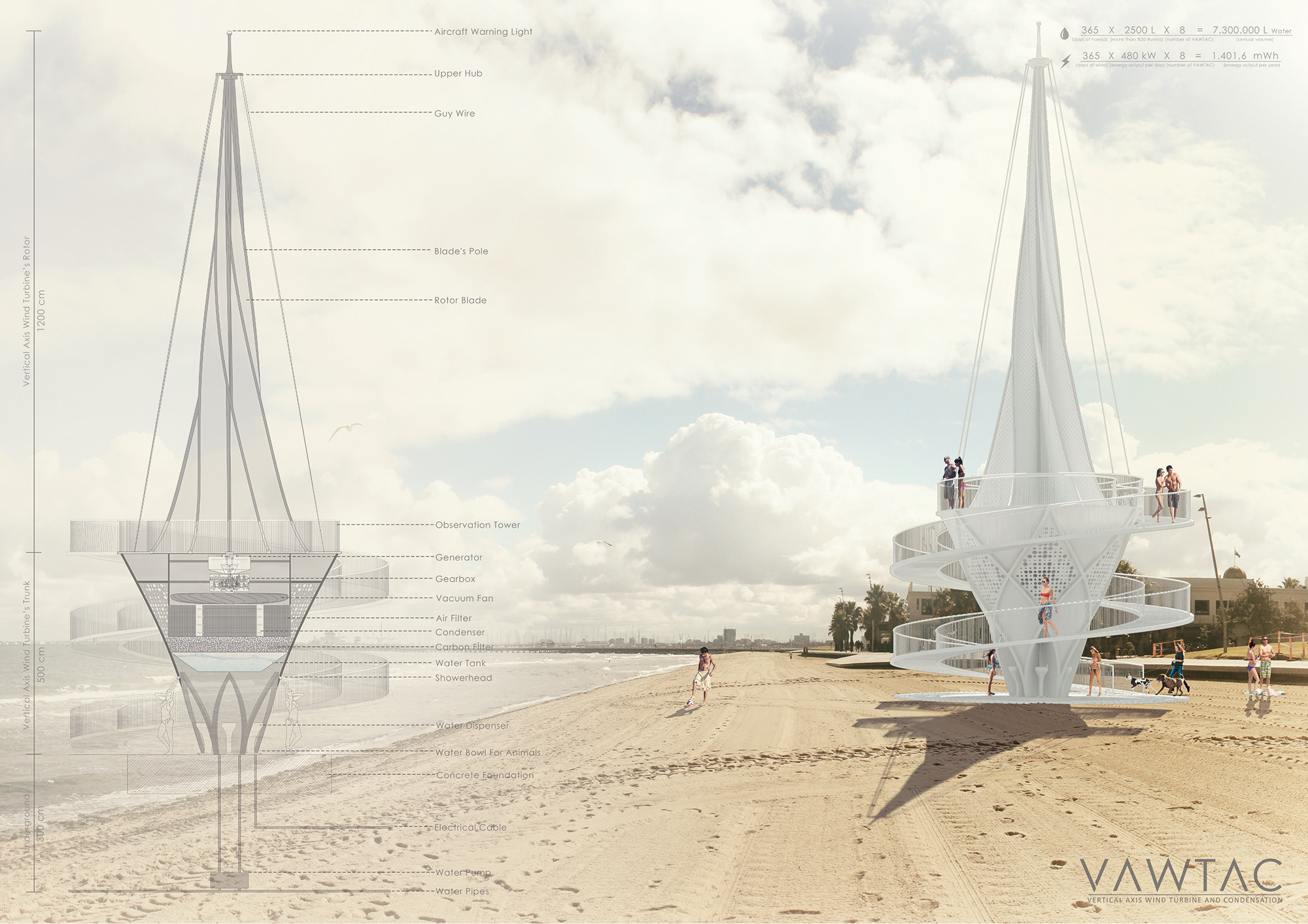 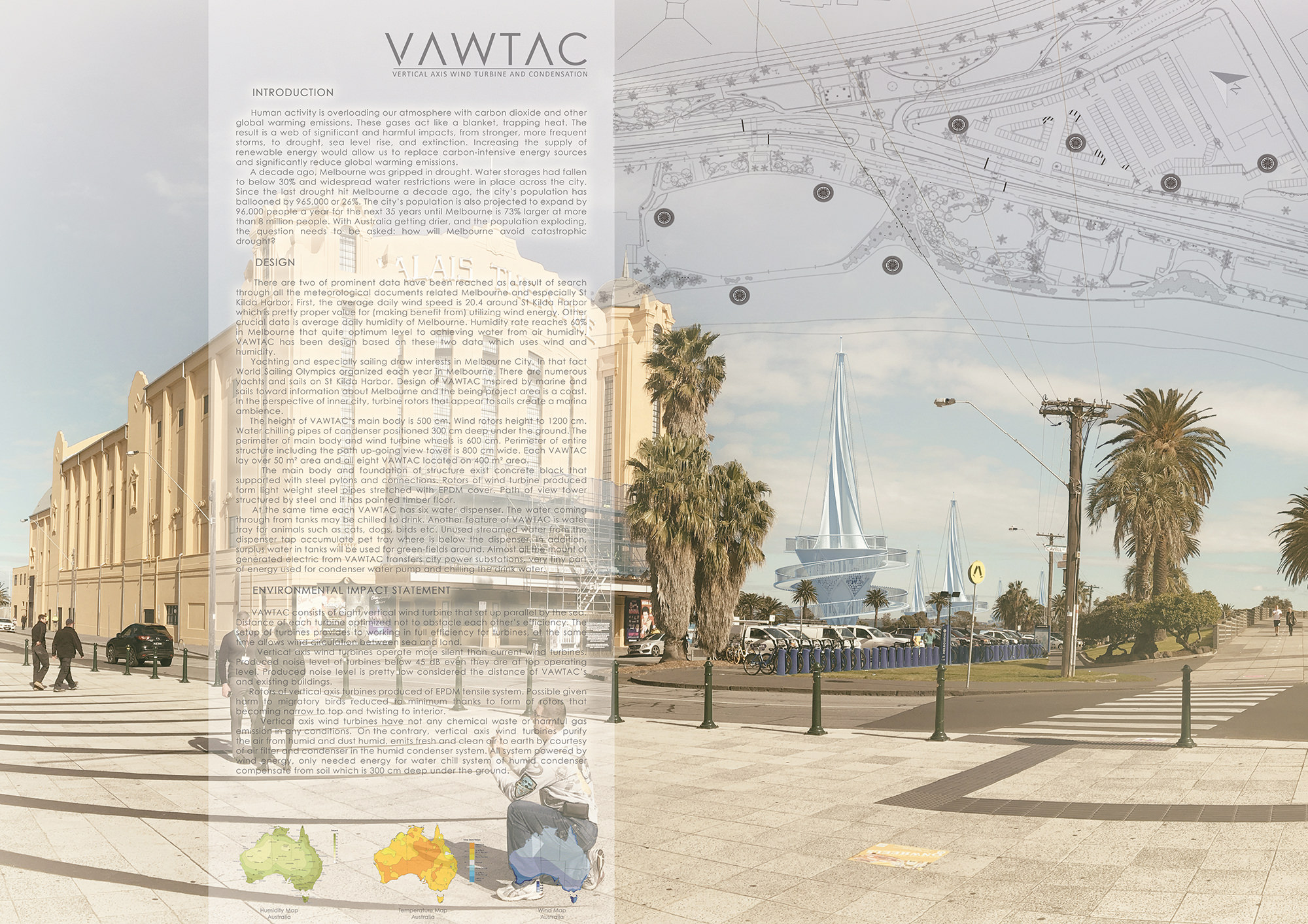 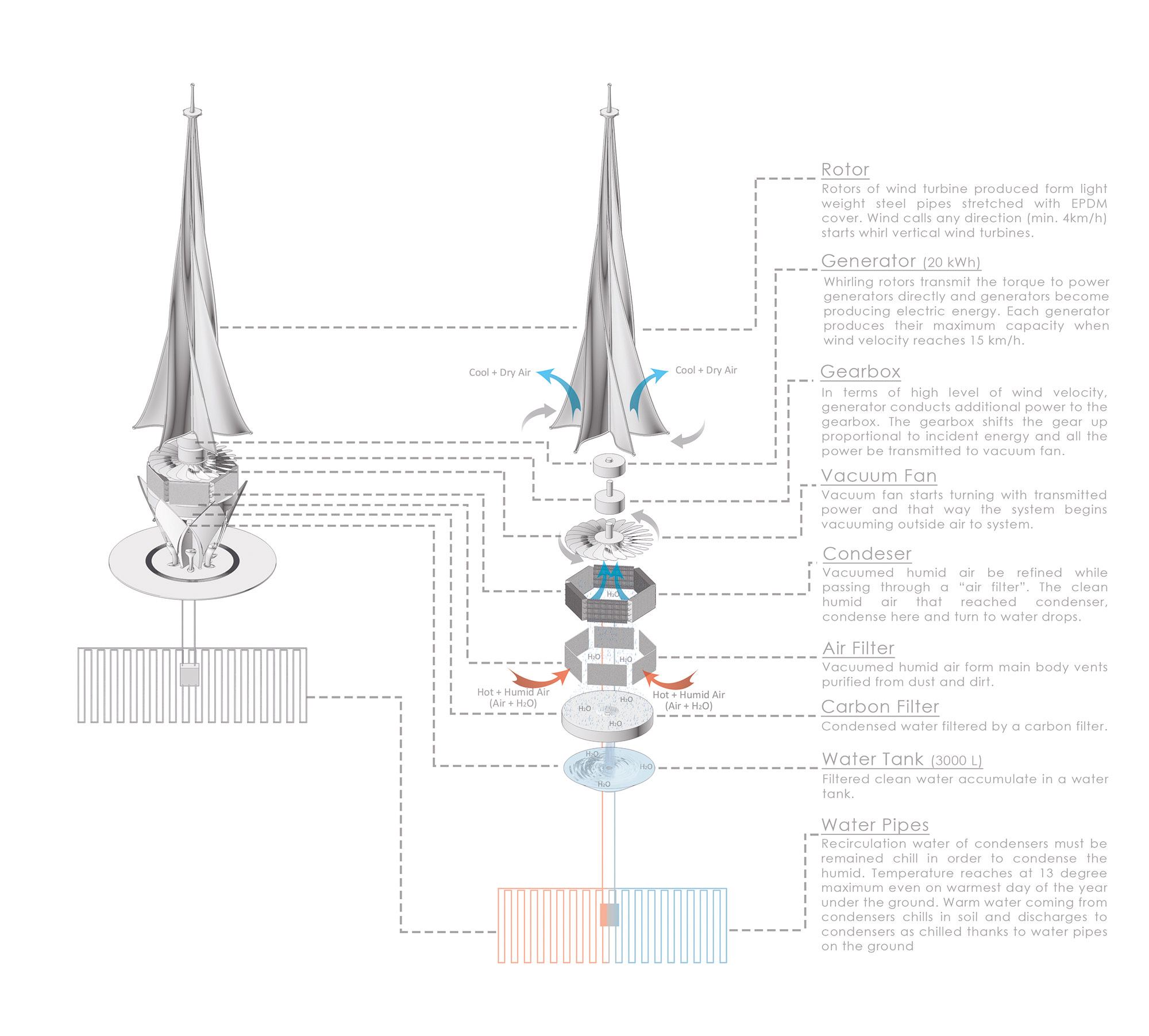 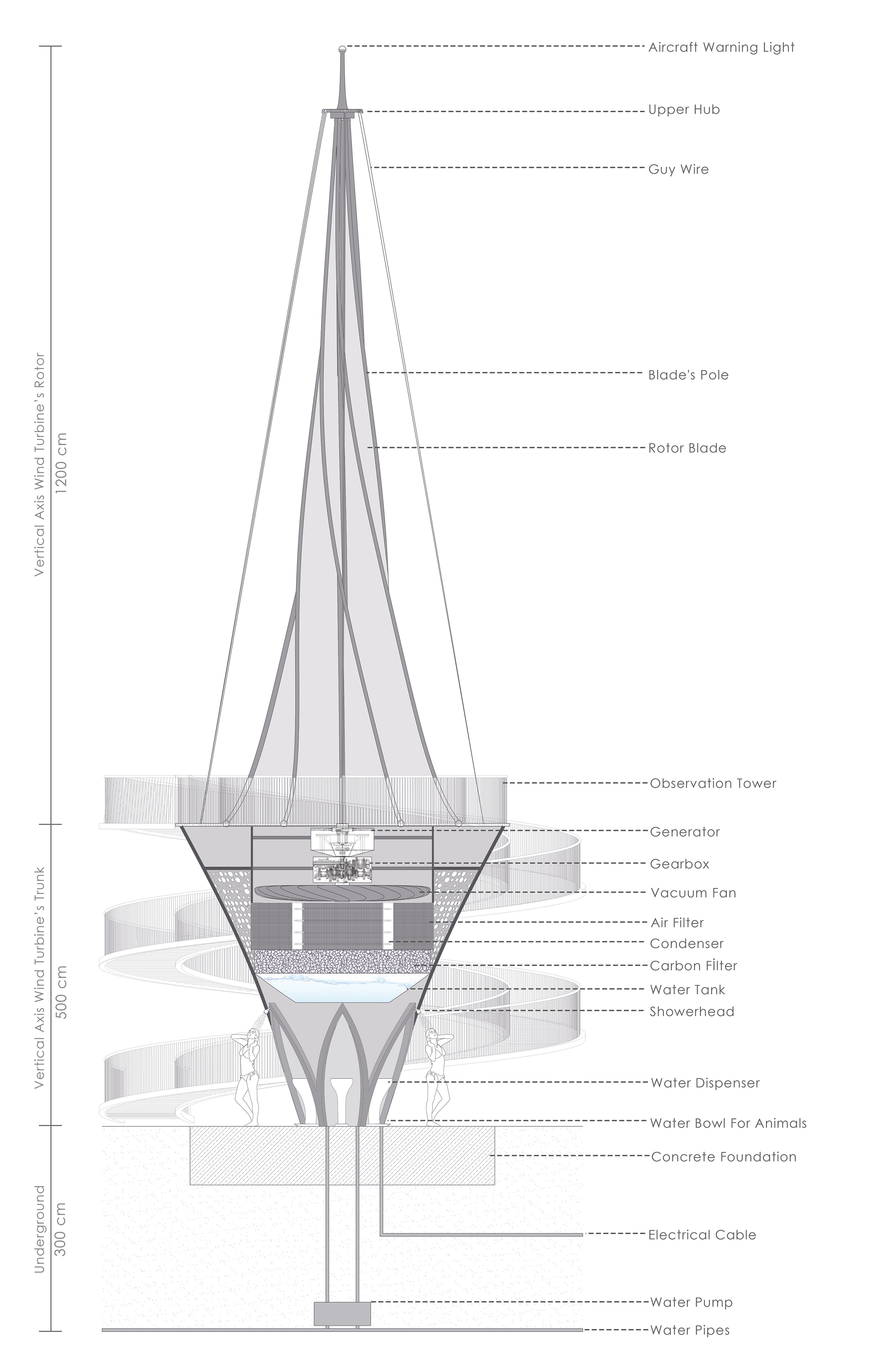 Vertical axis wind turbines have not any chemical waste or harmful gas emission in any conditions.  On the contrary,         vertical axis wind turbines purify the air from humid and dust humid, emits fresh and clean air to earth by courtesy of air filter and condenser in the humid condenser system. All system powered by wind energy, only needed energy for water chill system of humid condenser compensate from soil which is 300 cm deep under the ground.