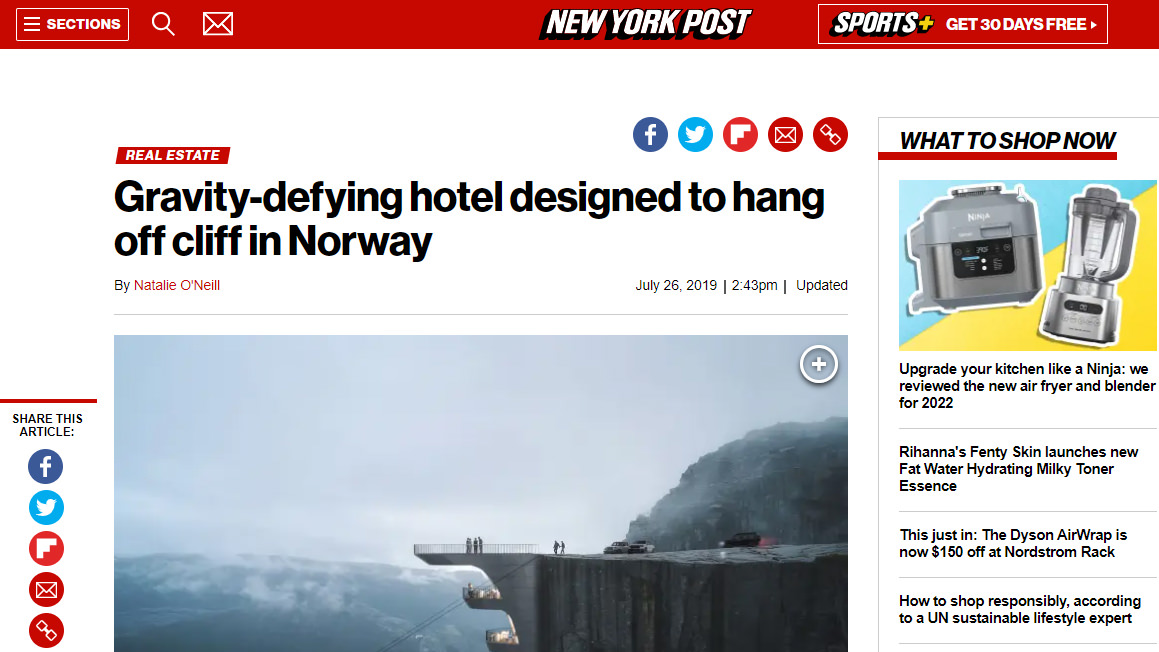 Architects are taking “edgy” design to new heights with a breathtaking new hotel that juts off the side of a cliff in Norway.

The gravity-defying structure — complete with a see-through pool that hangs over the face of a 1,982-foot rock, in the moody southwestern region — was proposed by a team of Turkish designers, according to CNN.

The boutique lodging features a viewing platform and entrance with three floors of rooms built into the Preikestolen cliff, according to design renderings provided by the station. Each floor has balconies dangling over the side, complete with stunning views of the Lysefjorden fjord below.

The lowest level features a long and skinny swimming pool, held up by suspension cords — that juts out from the cliff like a death-defying diving board.

A rustic viewing deck — torture for anyone with a fear of heights —would be built around it, according to the renderings.

The project, which has not yet been approved, was dreamed up by the Istanbul-based architectural design firm Hayri.

Dubbed the “Cliff Concept Boutique Hotel” in a rendering, the hotel has no official name.